Fraxel treatment in Pinecrest and the surrounding Miami areas is growing in popularity due to the procedure’s results. Developed in 2000 by Solta Medical, this treatment is used by celebrities and non-celebrities alike here are before-and-after photos that illustrate the results.

What is Fraxel Treatment in Pinecrest?

Fraxel treatments are a particular kind of laser treatment that uses a crosshatch laser to target some parts of the face and not others, leaving treated and untreated skin next to one another. This accelerates faster healing and encourages collagen production in the skin. This leaves you with skin that looks and feels years younger, erasing fine lines and giving your skin a healthy, smooth glow.

This treatment provides many healing and rejuvenating benefits, ranging from erasing wrinkles to dramatically erasing age spots and other discoloration. Here are a few of the most common problems people use a Fraxel treatment in Pinecrest to fix.

How Does It Work?

There are two kinds of Fraxel lasers, the Fraxel Restore, and the Fraxel Repair. The Fraxel Restore is a lighter, non-ablative treatment that doesn’t leave any open wounds. It has a short recovery time and is usually used to treat hyperpigmentation and fine lines. It uses the same lasers, but with a lighter touch and a different wavelength of light.

The other, the Fraxel Repair, is used to treat more deeply damaged skin, like severe acne scarring or intense discoloration. It both uses stronger lasers and takes a longer amount of time. This one has a recovery time of about 10 days. This one uses a carbon dioxide laser.

Whichever one you choose, they both use the same mechanism. A Fraxel treatment in Pinecrest and the surrounding areas uses its lasers to injure the skin to stimulate cell turnover and healing intentionally. By injuring certain regions of the skin, you force your skin to produce new skin in those areas. The way that the Fraxel laser targets some areas while leaving spots of uninjured skin directly next to it jump-starts the healing process and leaves you with a lot less downtime.

How Do I Recover From a Fraxel Treatment in Pinecrest? 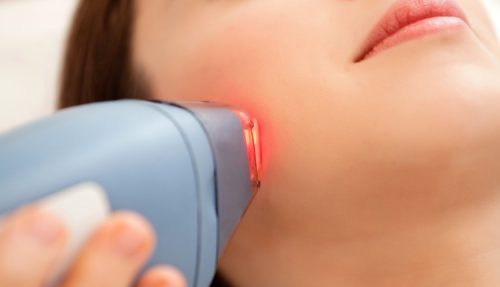 Depending on the version of a Fraxel treatment that you choose, it will probably take between 3-10 days to recover. Directly after your treatment, you should carefully adhere to any instructions provided by your dermatologist.

This will usually involve using mild moisturizers and cleansers while also avoiding picking at your skin until the healing process concludes. Once you have healed, you should take extra time to protect your new, fresh skin with sunscreen and make sure that you encourage cell turnover with regular mild exfoliation.

Where Do I Get a Fraxel Treatment in Pinecrest?

Getting a Fraxel treatment in Pinecrest or the surrounding areas is as easy as contacting us at Miami Center for Dermatology. Our team of skin care professionals is ready to give you a consultation today!

We believe in a holistic clinical approach, which involves first listening to patients concerns, then thoroughly diagnosing and explaining their individual treatment options.