What is Skin Neoplasms? 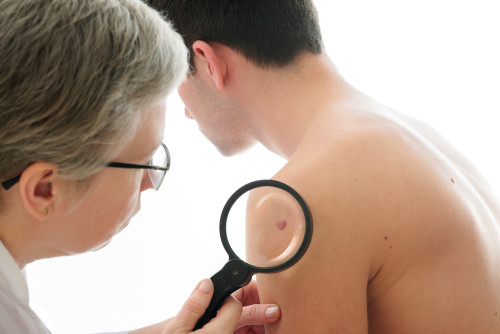 Actinic Keratoses, sometimes called solar keratoses, often arise on chronically sun-damaged body areas such as the face, ears, arms and hands. They may provide an indication of a person’s cumulative ultraviolet light exposure and, therefore, that person’s risk for all types of skin cancer. Actinic Keratoses may also be associated with other exposures.

Cryotherapy with liquid nitrogen is the treatment of choice for most cases of Actinic Keratosis. Curettage may also be used and may be used in conjunction with cryosurgery or electrodessication. Surgical excision is rarely required but may be useful in excluding squamous cell carcinoma as a possible cause in lesions that are larger than 0.5 cm in diameter.

Chemical destruction of superficial lesions may be used when there are many lesions, particularly on the face and head. A pyrimidine antagonist that inhibits DNA synthesis, 5-fluorouracil (5-FU), is most commonly used. This agent is supplied in several topical formulations, including 1, 2 and 5 percent solutions and 1 and 5 percent creams. Areas other than the head and neck require the higher concentrations because of greater skin thickness. In conventional regimens, 5-FU is applied twice daily for two to five weeks. Adverse effects include true hypersensitivity, secondary bacterial and herpetic infection, and postinflammatory pigmentation changes. This therapy is often associated with significant discomfort related to an intense inflammatory response. Pulsed dosing regimens aimed at reducing skin irritation have met with mixed success. Topical corticosteroids may reduce inflammation but also make the treatment end point difficult to discern.18 Other therapies used occasionally for treatment of actinic keratoses include carbon dioxide laser, topical tretinoin, chemexfoliation (chemical peeling) and facial dermabrasion.

Squamous Cell Carcinomas may grow aggressively and are associated with a 2 to 6 percent risk of metastasis. Risk factors for metastasis include poor cell differentiation, increasing lesion depth and location on the lip or ear. The most common locations for metastatic spread are the regional lymph nodes, lungs and liver. Once metastasis occurs, the five-year cure rate for Squamous Cell Carcinoma is 34 percent. Recurrence and metastasis typically occur within three years of initial treatment.

Mohs’ micrographic surgery involves gradual lesion excision using serial frozen section analysis and precise mapping of excised tissue until a tumor-free plane is reached. Mohs’ micrographic surgery is used when tissue removal must be kept to a minimum for cosmetic reasons or to maximize function. It is the treatment of choice for difficult and high-risk Squamous Cell Carcinomas, including lesions that are larger than 2 cm in diameter; located in areas where deep invasion is more likely or tumor extent is hard to assess, such as the nasolabial folds, eyelids and periauricular areas (facial “H zone”); rapidly growing; recurrent or incompletely excised; ill-defined; located in an area of previous irradiation; or located where perineural invasion is likely. Cure rates of 99 percent have been reported.

Cryotherapy and the combination of curettage and desiccation are reserved for treatment of superficial tumors, lesions less than 2 cm in diameter and lesions located on the trunk and extremities. Radiation therapy may be employed when preservation of function and cosmesis are critical, when patients refuse surgery, when metastasis is present or when an adjunct to surgery is required for high-risk tumors. Because of the long-term risk of radiation-induced carcinoma, radiation therapy is used only in patients older than 60 years.

Basal Cell Carcinoma is the most common Skin Neoplasm. Basal cell carcinomas may be classified as one of six types: nodular, the most common type; pigmented; cystic; sclerosing or morpheaform; superficial; and nevoid. The sclerosing type may extend beyond clinically assessed borders and is the most difficult type to adequately treat. Basal cell carcinomas are usually located on the face or the backs of the hands. They typically grow slowly and generally spread only locally. Metastasis is quite rare.

While a preliminary diagnosis of Basal Cell Carcinoma may be made on the basis of appearance, incisional or excisional biopsy is required for definitive diagnosis. Cure rates of 95 to 99 percent can be achieved for low-risk lesions using simple excision with margins of 2 to 5 mm. A lesion is considered low risk if it is less than 1.5 cm in diameter; has not previously been treated; is not in a difficult-to-treat area, like the H zone of the face; and is nodular or cystic.

Treatment of Basal Cell Carcinomas with cryotherapy can also be successful, but healing may take weeks, and success depends on the skill of the cryotherapist. Curettage with electrodesiccation or freezing may also be used for tumors less than 1.5 cm in diameter. These modalities are associated with lower cure rates when used to treat sclerosing and recurrent tumors. Mohs’ micrographic surgery is the treatment of choice for most sclerosing Basal Cell Carcinomas, as well as for large tumors and those located in areas that are difficult to treat. Radiation therapy produces cure rates of 90 to 95 percent but has the same limitations as those outlined for Squamous Cell Carcinoma Treatment. Other therapies used occasionally include oral retinoids; topical tretinoin; carbon dioxide and neodynium-YAG lasers; topical 5-FU; and, for inoperable and metastatic tumors, chemotherapy.

There are four types of malignant melanoma. The superficial spreading type is the most common among whites and accounts for 70 percent of all melanomas. It usually occurs in adults and may develop anywhere on the body but appears with increased frequency on the upper backs of both men and women and on the legs of women.

Nodular melanoma (accounting for 15 to 30 percent of all melanomas) is a dome-shaped, pedunculated or nodular lesion that may occur anywhere on the body. It is commonly dark brown or reddish brown but may occasionally be amelanotic. Nodular melanomas tend to rapidly invade the dermis from the onset with no apparent horizontal growth phase. These tumors are frequently misdiagnosed, because they may resemble blood blisters, hemangiomas, dermal nevi or polyps.

Acral lentiginous melanoma (2 to 8 percent of all melanomas) occurs on the palmar and plantar surfaces, the digits and the subungual areas. Unlike other subtypes of melanoma, it has a similar incidence in all ethnic groups.

Melanomas that do not fit easily into any of these subtypes are simply labeled malignant melanoma.

Common benign lesions that mimic melanoma include seborrheic keratoses, benign acquired nevi and solar lentigenes. Other lesions that mimic melanoma are more ominous. Large congenital nevi (greater than 20 cm in diameter) are clearly associated with an increased risk of melanoma, and controversy exists regarding the potential for malignant transformation in smaller congenital nevi. Lentigo maligna (Hutchinson’s melanotic freckle), discussed above, is commonly located in sun-damaged areas on the heads and necks of elderly persons. Because lentigo maligna is considered by many authorities to be a melanoma in situ, prompt excision is generally indicated.

Atypical or dysplastic nevi may lead to melanoma. These macular to papular lesions may be present in great numbers in affected patients and up to 6 mm or larger in size. They have a cobblestone surface with a variable mixture of tan, brown, and red or pink coloration, and characteristically ill-defined borders. Dysplastic nevi with substantial asymmetry, excessive pigmentary variegation and focal black or gray areas suggestive of partial regression should be biopsied. In the atypical mole syndrome, an autosomal dominant familial disorder, affected persons have numerous dysplastic nevi and often develop melanoma at a young age. Patients with atypical mole syndrome require periodic screening and preventive education.

Clinical application of the ABCD checklist may improve detection of suspicious lesions. Although melanomas may lack one or more of these features, their presence, especially in combination, should raise suspicion of malignancy. The ABCD checklist has been reported to have a sensitivity of 92 to 100 percent and a specificity of 98 percent for the detection of melanoma. It may also be prudent to lower the threshold for biopsy when a patient is worried that a nevus may be cancerous or reports recent changes in the nevus such as increased size, alteration of shape or color, itching, burning, bleeding or pain. The revised seven-point checklist, which incorporates these findings, has a reported sensitivity of 79 to 100 percent. Its low specificity of 30 to 37 percent reflects the fact that most melanomas are asymptomatic. Dermoscopic evaluation of suspicious lesions may also help clarify the need for biopsy. In dermoscopy, a hand-held microscope with a 10-power lens is pressed on the skin lesion after the application of oil. The presence or absence of subsurface features suggestive of melanoma guides the need for biopsy.

Biopsies for evaluation of suspected melanoma should generally be excisional. An elliptical excision that includes 1 to 2 mm of normal skin surrounding the lesion and extends to the subcutaneous tissue provides acceptable histopathologic margins. A larger margin is unnecessary and may entail an excessively wide definitive excision if melanoma is confirmed. Incisional and punch biopsies of the most visually concerning lesion segments, considered acceptable by some, may be problematic because the histologic diagnosis of melanoma depends on overall lesion architecture and because such areas may not contain the most histopathologically diagnostic tissue. Therefore, complete excision should be strongly considered even when the lesion is large or located in a cosmetically sensitive area.

Prognosis in patients with clinically localized disease is directly related to tumor thickness. The prognosis is more favorable in women, in persons less than 50 years of age and for tumors that occur on an extremity (excluding the hands and feet). The five-year survival rate in patients with nodal spread is about 36 percent and drops to 5 percent in those with distant metastasis. Patients with melanoma proved by biopsy should be expeditiously referred to a dermatologist for treatment.

Here at the Miami Center for Dermatology, your comfort and satisfaction is our main concern. For that reason, we offer Skin Neoplasms Treatment. Call Today to schedule an appointment at (305) 279-7546 or Click Here to Contact Us Today! 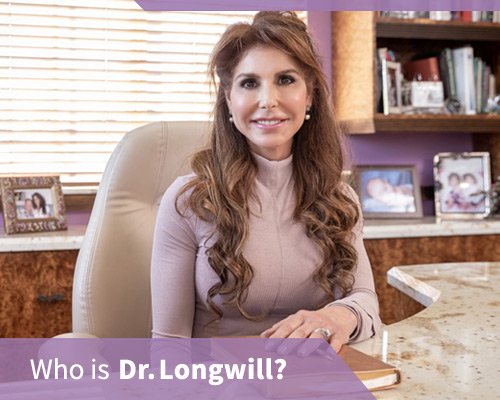